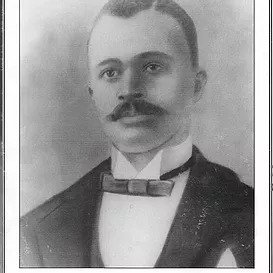 In 1892 an ordained minister, Reverend Martin V. Ferguson, came into the Mixon Town area from Quitman, Georgia. He was soon united in wedlock to Lavinia Storey. After living in the area for a while, he observed there wasn’t a Missionary Baptist Church in the surrounding area. Being a Baptist minister, this was his opportunity to be of service to the community by building a place of worship for Baptist believers. With God on his side, a few willing believers and faith, he began having services in homes throughout the community. Later, a small building was erected at the corner of Devine & Copeland Streets (now Forest and Copeland). Members named it “Emanuel.” Worship services were held in the basement with the vision and faith to grow. Reverend Ferguson was called home to be with the Lord before his dream came to fruition.

The group of worshippers continued to hold fast to their pastor’s dreams. Under the guidance of the Holy Spirit, prayer and strong beliefs, they continued to grow and membership increased with the leadership of the following ministers: Rev. S. Rucker, J.W. Smith, E.J. Ward, D.M. Eades, G. Irvin and C.S. McCoy. A deacon board was officially organized in 1915 under Rev. McCoy. Deacon Will Hill served as the first chairman. In 1923, Rev. I. A. Harris was called to pastor. In 1924, worshippers moved into a new sanctuary. Rev. Ferguson’s dream finally came true; a Missionary Baptist Church in the Mixon Town community. The church continued to grow enormously under Rev. Harris’ leadership. Several auxiliaries were organized, including: Trustee Board, Brother John Henry Foster, Chairman; Deaconess Board, Sister Susie Houston, President; Missionary Society and Choir. 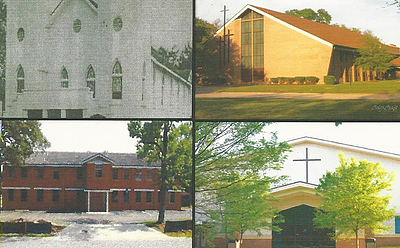 Through the years, Emanuel was blessed with the guidance and leadership of Reverends D. B. Coes, J. W. Calloway, E. L. Dozier, L. W. Veal, J. W. Frison and B. L. Wynn, with each pastor making contributions to the church in various ways. As Emanuel’s membership grew, more auxiliaries were added to the church. Among them are: Deaconess Board #2, Usher Board #2, Choir #2, Usher Board #3, Choir #3, and a Junior Choir. Reverend B. L. Wynn also created eleven districts in the church. The districts served as a means of fellowshipping in communities throughout the city (formerly called wards). In August 1947, new leadership came to Emanuel under the pastorate of Rev. S. L. Badger, Jr. The church grew immensely in every way, including larger numbers of believers being baptized at one time.

Building and Expanding the Church and Ministries

Thirteen deacons were ordained from 1980 to 1988, more men were called into ministry and some were called to rest from their labors. At one time, there were fifteen associate ministers. Each of them had their own special duty assigned to them.

Ministry comes in different ways. Sister Shirley Brown saw the need in the neighborhood to help homeless people. In 1988, with the help of other willing workers, a program to feed the homeless and to provide clothing for the needy emerged. She established a reading class, bible study and GED program, which were all successful. That same year, Sister Loretta Hagans and Sister Rosa L. Griffin included the little ones from 3 – 6 years of age in a ministry of singing. This group was named The Sunshine Singers.

Rev. Badger’s desire was to help young people to further their education with a college degree, if they so desired. Under the capable leadership of the newly appointed President of the Education Board, Juliet Rogers, a scholarship of $2,000.00 was awarded on June 9, 1990 to Selena McKinnie. In addition to the S. L. Badger scholarship, a Sean Henry Service Award was presented to Michael Chapple.

The one hundredth anniversary of the church was celebrated as a year of jubilee. We began celebrating our Centennial Anniversary in January and continued throughout the year with a special activity each month. Some of the special events that took place were: “A Journey Back Home” Sunday, March 19th at 6:00 p.m. at 2221 Forest Street (our original home site), which was deeded to King Solomon United Baptist Church, under the pastorage of Rev. W. C. Barker; a 100-male voice recital, Sunday, June 21st, on Father’s Day; and a church directory was published, sponsored by members of the July birth month with the support of the entire congregation. There were many other events that took place during the year, ending with a “Blue and Gold” Banquet on December 11, 1992.

Rev. Badger announced his retirement in 1995 after forty-eight glorious years of dedicated service. His main purpose was to feed the sheep and lead them to Jesus Christ—no matter who they were, where they came from, or from what they had done. He said to us many times, “We are all God’s children and He (God) loves us all. We should keep our eyes focused on Him, for all our help comes from the Lord.”

Rev. Leofric Thomas was chosen as the new leader and accepted pastorate on June 25, 1995. He was officially installed as Pastor on November 12, 1995. Under his leadership, the Sanctuary Choir was organized, (all adult choirs combined as one). All auxiliaries were changed to ministries, the Tape Ministry was formed and Children’s Church was organized. Reverend Thomas served Emanuel until April 12, 1999.

The church has continued to grow spiritually and physically. Rev. Herb Anderson was chosen to lead the congregation on April 27, 2000. His request was for the Emanuel Family to pray for Love, Oneness, Respect and Dedication. Rev. Anderson preached his first sermon as Emanuel’s pastor on Mother’s Day, May 14, 2000. He was officially installed as Pastor on September 24, 2000. He served as moderator of the Union Progressive Association from 2006 – 2014. Under his leadership, three ministers were ordained on June 29, 2003 (Rev. Aaron Flagg, Jr., Rev. Eugene Flagg, and Rev. Galvester Washington); five deacons were ordained on October 19, 2003 (Francis Anderson, Johnnie Burnett, George Freeland, Lawrence Venable and Douglas Richmond); the Creative Arts Ministry was formed in the spring of 2007, directed by Ruth C. Taylor; four ministers and one deacon were ordained on December 5, 2007 (Rev. Kenneth Devoe, Rev. Kenneth Hudson, Rev. Walter Solomon, Jr., Rev. Morris Wright and Deacon Michael Jackson).

By the grace of God, Rev. Anderson’s vision, and the support of our church family, we began construction of a new multipurpose building which has fourteen classrooms, a reception area and a “state of the art” culinary and dining area. This project was completed in June of 2008 and dedicated on June 22, 2008. The Cornerstone Laying Services were held on September 20, 2009. Juanita Simmons was appointed Event Coordinator and Vivian Linton was appointed the Culinary Supervisor in January 2008. The Culinary Ministry has received many accolades for their outstanding service.

Rev. Anderson resigned from his pastoral duties on October 8, 2017, announcing he had accepted the call to a church in Kansas City, Missouri. God has blessed and is still blessing the Emanuel Family. As we wait for God to send us the pastor that He has chosen, we thank God for the spiritual leadership provided by Deacon W. L. Wingard and the powerful spoken word provided by the associate ministers—Rev. Aaron Flagg, Rev. Kenneth Hudson, Rev. Kenneth Devoe, and Rev. Dr. Nathaniel Carter and Minister Kevin Williams.

In 2018, the Sunshine Singers were re-activated under the direction of Sister Ann King and a Ladies Choir was organized by Sister Erma Mitchell.

God has blessed and is still blessing the Emanuel Family. While we prayed and waited for God to send us the pastor that He had chosen, we were blessed by God with spiritual leadership provided by Deacon W. L. Wingard and the powerful spoken word provided by the associate ministers—Rev. Aaron Flagg, Rev. Kenneth Hudson, Rev. Kenneth Devoe, Rev. Dr. Nathaniel Carter, and Minister Kevin Williams.

After much prayer and fasting, the Lord heard our prayers. He sent us a powerful man of God—the Reverend William B. Wiggins, II of Quincy, Florida. Reverend Wiggins preached his first sermon as our pastor on Sunday, July 7, 2019 and was officially installed as Pastor on November 17, 2019.

Eyes haven’t seen – Ears haven’t heard – All He has done for us!
Mission Statement: “Elevate the Saviour, Edify the Saints, and Evangelize Sinners
Church Motto: “Empowered by God to Spread the Gospel of Jesus Christ”